Aquazonia was developed by Ambiental Media with funding from the Instituto Serrapilheira. It aims to draw Amazonian waters into the focus of the Brazilian political debate on conservation of the Amazon Rainforest, as it is this element that mostly makes the biome unique.

The Amazon River Basin covers seven million square kilometers and holds 20% of all Earth’s fresh surface water. Still, little is understood about the impacts of increased predatory human activity on aquatic ecosystems. Rivers, lakes and streams are a topic of focus neither in the media nor among legislators. Aquazonia offers an evaluation of how recent human activities are transforming the dynamics within the basin because we believe that water should be a central topic in discussions about the future of climate in Brazil and of the planet.

A multidisciplinary team of journalists with the support of specialized scientific consultants interviewed dozens of researchers from different institutions, analyzing the best scientific data available on hydroelectric plants, mining, waterways, farming and cattle raising, forest degradation, roadway/river crossings, urban areas and climate change inside the Legal Amazon. The result is the Amazon Water Impact Index (AWII), a journalistic product which led to an unprecedented analysis: the first global diagnostic on the state of the waters in the Brazilian Amazon.

It is our hope that the information presented by this project on the basin’s most vulnerable regions will serve as inspiration for new scientific studies able to close the immense data gaps we are left with today. We also hope that it inspires new journalistic reports, debates on social media and new legislation that can assure a healthy future for the water in the Amazon, upon which we all depend.

The use of Aquazonia data The results of this project are for public use. We ask only that Aquazonia be cited together with the names of Ambiental Media and the Instituto Serrapilheira.

Laura Kurtzberg, Developer of the AWII and Data Visualization Lead

Laura is an Assistant professor at Florida International University and frequent contributor at Ambiental Media. Ms. Kurtzberg recently created the interactive maps for Ambiental’s Smokescreen project. She holds an MFA in Interactive Media with a specialization in data visualization. She is author of the Amazon Water Impact Index together with biologist Cecília Gontijo Leal.

Biologist and researcher at the University of São Paulo’s campus Luiz de Queiroz College of Agriculture (ESALQ-USP) and member of the Sustainable Amazon Network (RAS). In over a decade of research in the Amazon Rainforest, Ms. Leal has investigated the impacts of human activities on the biodiversity of its small streams called igarapés. She is author of the Amazon Water Impact Index together with Laura Kurtzberg.

Mr. Ribeiro worked for 27 years at Editora Abril in São Paulo, where he helped create Brazil’s first adventure travel and conservation magazine, Caminhos da Terra. During his eight years at Terra, he traveled to over 30 countries and throughout Brazil researching articles on a variety of topics ranging from conservation, science, culture and ecotourism. He was then invited to be senior editor at National Geographic Brasil, which was released in May, 2000. Mr. Ribeiro managed all Portuguese content for National Geographic until the end of its publication in November, 2019.

Journalist specializing in environmental and scientific issues, Ms. Klein was a fellow of the International Center for Journalists (ICFJ) Digital Path to Entrepreneurship in 2021. She created and maintains the blog Sustenta Ações, and is a frequent contributor to Ambiental Media. Her work has appeared in many media outlets, including Mongabay, National Geographic, Época Negócios Magazine, Projeto Colabora and Conexão Planeta. She writes the newsletter for Um Só Planeta, a Brazilian editorial movement aimed at combating the climate crisis.

Freelance journalist based in São Paulo, Brazil, Mr. Damasio focuses on social-environmental and scientific issues. He has contributed to National Geographic Brasil since 2014, and has been published in NatGeo Latam and NatGeo USA. His work has also been featured in the Brazilian magazines Hardcore, Planeta, Outside, Runner's World, Bicycling, as well as Huck (in the UK).

Ambiental transforms scientific content into innovative, compelling and accessible journalistic products. We are an international network of contributors composed of media professionals with multiple and complimentary skills working to bring science to the general public. We believe in journalism as a tool to warn of and raise awareness about the climate emergency. Ambiental’s work has been published by some of the most important media outlets in Brazil and the world, including The Guardian, Folha de São Paulo, Estado de SP, The Conversation, O Globo, Valor Economico and National Geographic Brasil, among others.

To the Instituto Serrapilheira for financing the project and offering support in different stages. Special thanks to Science Outreach Director Natasha Felizi for her help with conceptual development, and to Raika Moisés for her constant support.

Thanks to researchers Angélica Resende (ESALQ-USP) and Raquel Carvalho (EMBRAPA Amazônia Oriental) for sharing climate change data from the Synergize Project(CNPq/MCTI 442354/2019-3) which were integral to the Amazon Water Impact Index.

Thanks to researcher Paulo Pompeu (Federal University of Lavras), to journalist Juliana Mori (InfoAmazonia) and to journalist Gustavo Faleiros (Pulitzer Center) for their external validation of our index.

Finally, we would like to thank the scientists we interviewed and the organizations who shared their databases. While most of the data is available to the public, this project would not exist without the hard and meticulous work of many institutions including MapBiomas, The Amazonian Network of Georeferenced Social-Environmental Information (RAISG), Brazil’s National Water and Sanitation Agency (ANA) and the Climate Hazards Group Infrared Precipitation with Stations (CHIRPS). 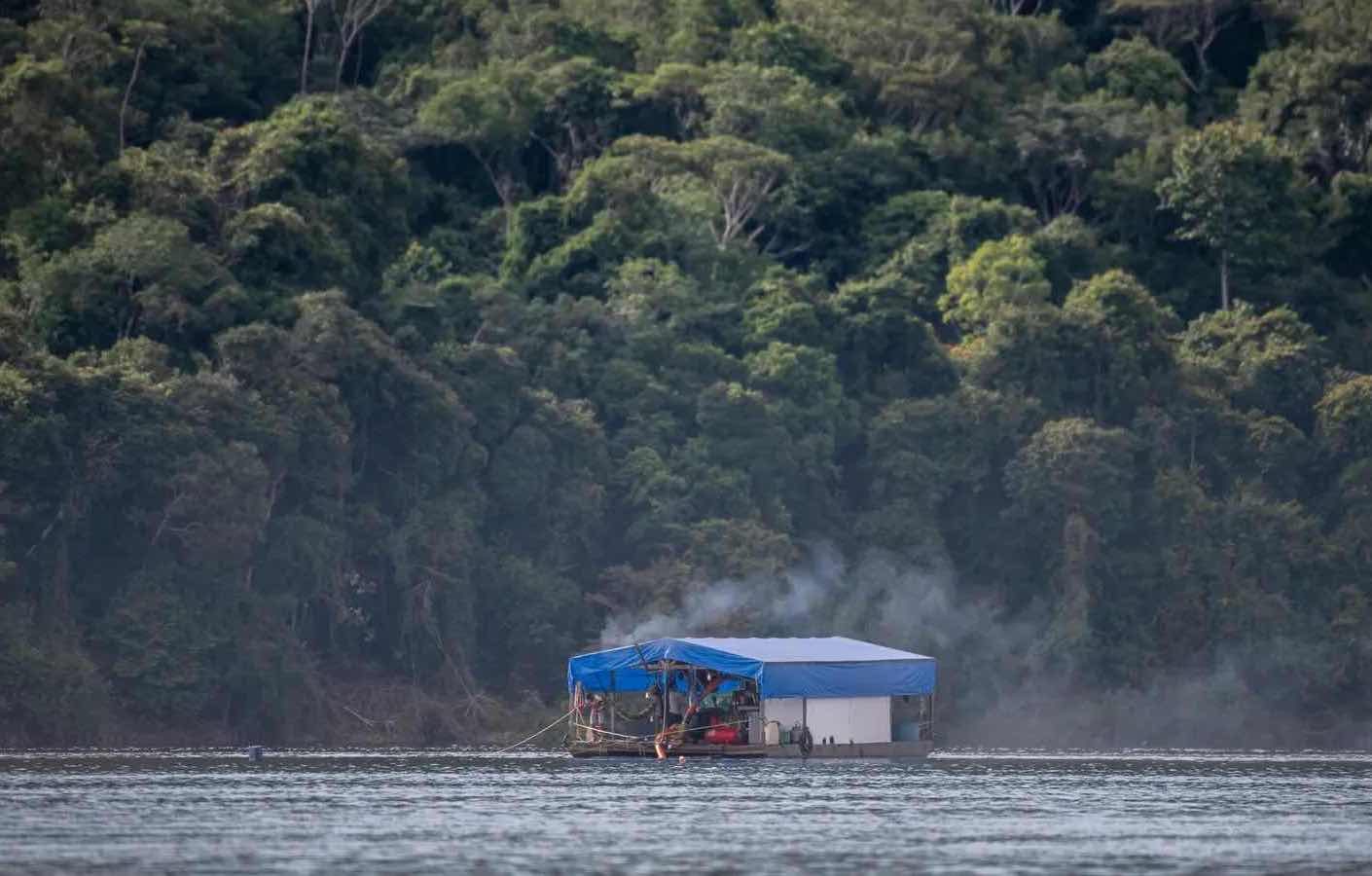 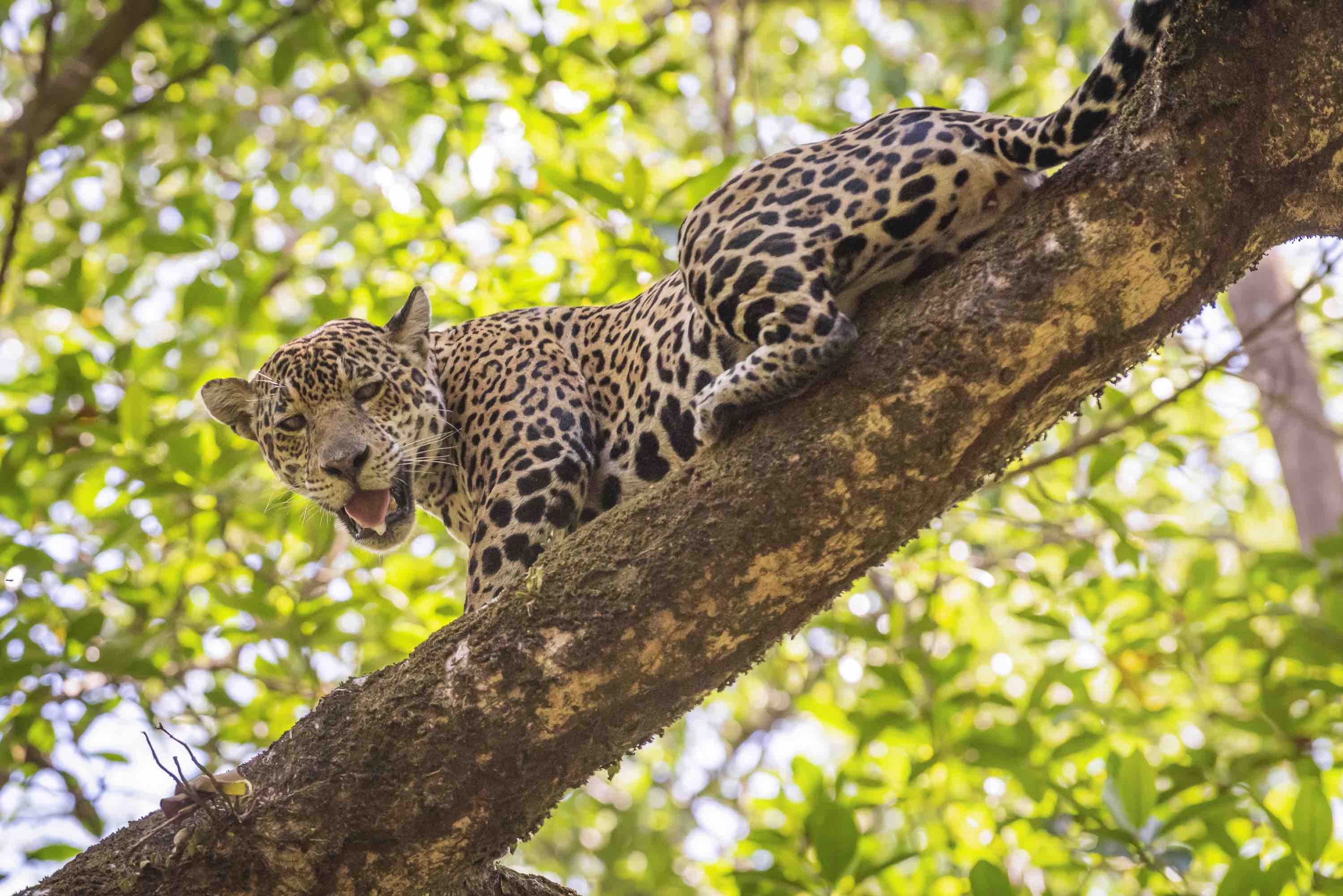